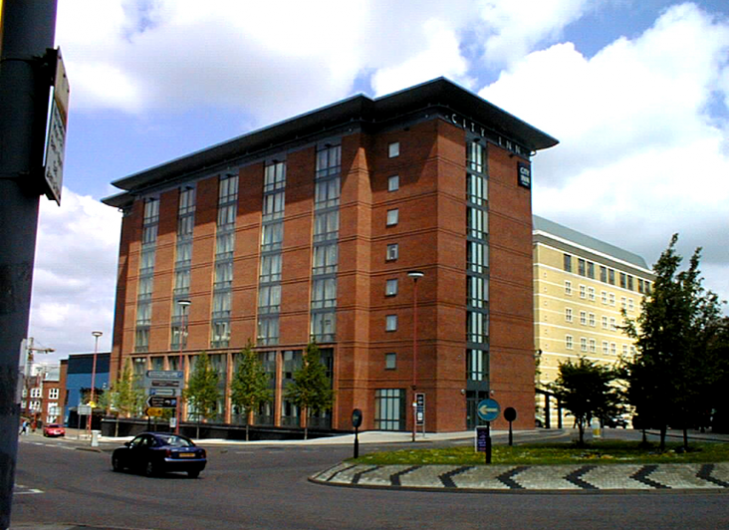 “Affordable excellence in the city” was the slogan that embraced a new hotel concept focusing on bedrooms, food and affordability.

This 238 bedroom hotel was the third by City Inn Limited. American research helped to create a new brand in which bedrooms are a living space as well as a bed space. All rooms have air conditioning, wi-fi, interactive TV, voice mail, and improved sound insulation.

The comparatively expensive restaurant, again third in a chain of ‘City Cafes’, was one of the major differences between City Inn and other budget hotels. With heated outdoor terraces, the City Cafe buzzes with a street cafe feel and is situated within the prestigious Brindleyplace development in Birmingham.

The Hotel has recently been rebranded as a Hilton Garden Inn